Much like a juice cleanse or other holistic techniques, a mouth detox aims to rid your mouth of disease-causing bacteria. Left unchecked, these microbes can lead to bad breath, plaque, gum disease, and other oral health conditions.

A mouth detox generally uses natural techniques like oil pulling and tongue scraping to ensure your mouth is clean, healthy, and free of yuckiness. Though it’s called “mouth detox,” it’s probably more accurate to consider it an additional cleansing method.

Flossing, brushing, and regular dental check-ups should still be your go-to’s for a clean smile. But if you’re interested in trying a mouth detox for a deeper clean, here’s how to get started.

Your tongue deserves as much attention as your teeth when it comes to a healthy mouth. The same food particles and bacteria that lurk between your teeth can also take up residence on your tongue.

In theory, scraping all the slimy gunk off your tongue with a curved plastic or metal scraper can benefit your oral health. This *might* mean developing fewer cavities and reducing your chance of gum disease.

Even though tongue scraping is popular, especially among folks who practice Ayurveda, there’s not much data to back its “detoxing” benefits. We do know it can definitely help your tongue look cleaner, and your mouth feel cleaner. But according to a 2017 study, it made no difference to mouth bacteria levels in peeps with gum infections.

Oil pulling is another Ayurvedic practice that’s been around for thousands of years. Essentially, you use coconut oil as a mouthwash and swish it around your mouth for about 15 minutes. The key is to “pull” the oil through all the nooks and crannies in your teeth to get at all the nasties hiding there.

The idea here is that coconut oil and the lauric acid it contains have antimicrobial properties that reduce plaque and gingivitis. Good news, right? But there isn’t a huge amount of research confirming that it helps.

Neem oil comes from the neem tree that’s native to India. Some small studies suggest that thanks to its anti-inflammatory, antioxidant, and antiseptic properties, it might have some merits for your oral health. Science also backs that this *might* translate to improving situations like gingivitis and periodontitis.

In a 2011 study with 45 participants, the results showed that neem was as effective as a prescription mouthwash in controlling plaque, gingivitis, and gum bleeding. A 2017 study found similar results, finding neem comparable to medicated mouthwash.

Green tea is more than a refreshing drink. It also has effective bacteria-fighting properties that can combat bad breath.

In a 2015 study, researchers noted that green tea extract slowed the growth of a type of bacteria associated with halitosis, aka bad breath.

A 2016 study also found green tea extract could significantly reduce levels of sulfur-containing compounds in the mouth by 55 percent. These compounds are the ones found in foods like onions and garlic that cause the pungent aroma. Def not smells you want lurking in your mouth!

Baking soda, aka sodium bicarbonate, is a popular toothpaste alternative. It’s cheap, mildly abrasive, and does a good job of scrubbing off plaque. But keep in mind: it might not clean as well as regular toothpastes. And there’s plenty to dislike about the taste.

But brushing your teefers with baking soda might help reduce harmful bacteria. In a small study of 25 participants, rinsing with a sodium bicarbonate solution was found to reduce different types of bacteria, especially Viridans Streptococci, that can cause cavities.

Lovingly extracted from the leaves of the Australian Melaleuca alternifolia tree, tea tree essential oil holds a place in many people’s hearts. It’s used as an antiseptic, natural deodorant, household cleaner, and bug repellent, not to mention its purported skin healing benefits.

But how does it help with a mouth detox? A 2020 pilot study evaluated tea tree oil as a treatment for gingivitis. The researchers compared diluted tea tree oil mouthwash and chlorhexidine mouthwash for 14 days. They found that both treatments effectively reduced gingivitis symptoms, but tea tree oil tasted far less yucky.

It’s important to be careful if you want to try a tea tree oil mouthwash because it’s toxic when ingested (you should NEVER ingest any essential oils BTW). Swill, then spit!

Apple cider vinegar (ACV) is a fave wellness remedy used for everything from hair to skin care. But will shooting a shot of ACV actually help whiten teeth and fight bad bacteria too?

There’s plenty of evidence that ACV’s antimicrobial properties can help fight bacteria, but there’s no evidence it can help brighten your pearly whites. It might not be a good idea to use ACV as a mouth detox at all.

The thing is, it’s an acid. And what do acids do? They erode things, including teeth. In a recent 2021 study, researchers found that when participants consumed a vinegar drink twice daily, their dental erosion increased by 18 percent over an 8-week period. So perhaps skip the ACV gargle.

There are millions of bacteria living all over and in you. The majority cause no harm, and many are needed for processes like digestion. These helpful bacteria, the so-called “good” bacteria, live in a wonderful balance and help crowd out harmful bacteria.

Probiotics are a concentrated form of friendly bacteria that you can find in fermented foods or as dietary supplements. Usually, people associate probiotics with digestive health, but they may also play a role in oral health.

Eating probiotic-rich foods or supplements may help restore your oral microbiome so that there are more good guys than bad guys. The result is fewer plaque-related diseases and dental cavities. But this needs more research too.

Keeping your oral hygiene on fleek is mega-important. When you forget to floss, or your brushing game isn’t what it should be, your oral health suffers. This can lead to bleeding gums, a sore mouth, and even loose teeth. So, trying to keep disease-causing bacteria from multiplying in your mouth is the best idea.

A mouth detox is essentially a set of techniques that may or may not reduce harmful mouth bacteria. There isn’t enough clinical evidence for any of them to show they could replace your regular dental care. They’re also probably not necessary for oral hygiene. Still, many mouth detox methods aren’t harmful if you want to try them.

Oil pulling and tongue scraping are pretty harmless and may help get rid of bacteria. Likewise, neem, baking soda, or tea tree oil mouthwashes could freshen breath and banish microbes. Adding probiotics to your diet can also help support gut health and help prevent disease-causing bacteria from multiplying in your mouth.

But swishing ACV can damage tooth enamel and accelerates tooth erosion. So, it’s probably not worth the risk.

Why you should visit a wellness retreat in Thailand

Thu May 26 , 2022
Dreaming of a holiday where you can escape the stresses of everyday life and rejuvenate your mind and body? If yes, then going on a wellness retreat in Thailand might be the answer for you! While a vacation away from your daily routine and a change of scenery might sound […] 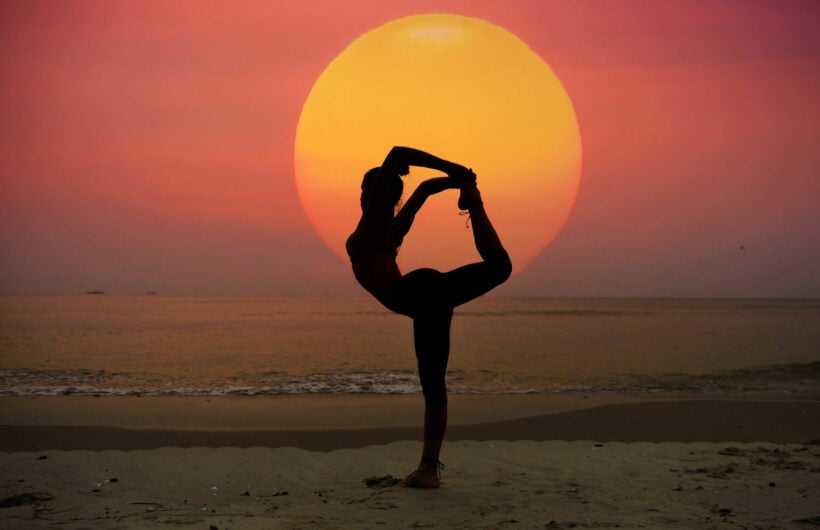