Beta-alanine is a popular supplement among many athletes and fitness enthusiasts. Evidence suggests that it is a safe and effective supplement that may help with delaying fatigue and improving performance.

When a person does intense exercise, acid begins to accumulate in the muscles, which can contribute to fatigue. Beta-alanine helps regulate acid in muscles and prevent this fatigue.

Taking beta-alanine supplements may mean a person can increase the length of time they can perform high intensity exercises before experiencing exhaustion.

The notes that while more research is necessary, appropriate levels of beta-alanine are safe and can help improve exercise performance.

This article discusses beta-alanine is, its function, and its potential benefits.

Beta-alanine is a non-essential amino acid. This means that the body produces it so that people do not have to get it through food. Typically, amino acids combine in the body to create proteins. However, beta-alanine joins with the amino acid histidine to form a dipeptide called carnosine.

The body stores carnosine in the muscles and other tissues. Carnosine helps reduce acid accumulation in the muscles during exercise, reducing fatigue and leading to better athletic performance.

In the mid-2000s, research led by Professor Roger Harris found that dietary supplementation with beta-alanine could increase the amount of carnosine available in muscles and exercise performance.

Beta-alanine and carnosine together help the muscles’ functionality due to various body processes during exercise. These processes are as follows:

Beta-alanine has various potential benefits. These may include:

Its benefits linked to strength and performance include:

Learn about other supplements and vitamins for athletes here.

Beta-alanine is a commonly available supplement in many sports-related products. However, it is also present in many protein sources, such as meat, fish, and poultry, albeit in lower quantities. To receive a sufficient amount to boost athletic performance, a person will likely require supplementation.

Most of the food sources that contain beta-alanine are animal products. This means people following a vegan or vegetarian diet will likely have significantly less beta-alanine and carnosine in their system and require supplementation to enhance athletic performance.

A 2018 study notes that more research is necessary to identify the most appropriate dosing strategy for beta-alanine supplementation.

Some suggests that 1.2 grams (g) of beta-alanine daily is the most effective dosage to maintain carnosine in the muscles at 30–50% above the baseline. Similarly, other sources suggest that a person may consider a loading phase of 3.2 g per day for 8 weeks, or 6.4 g per day for 4 weeks, before a maintenance dose of 1.2 g per day.

Advice includes dividing beta-alanine into 3 or 4 even doses a day and consuming them with main meals to help enhance uptake and manage potential side effects better.

Creatine can improve performance in high intensity exercise by increasing the availability of adenosine triphosphate (ATP), a molecule that every cell in the body produces. Research has found that combining beta-alanine and creatine can increase athletic performance. As such, many sports supplements may include both ingredients.

Learn more about vitamins, minerals, and supplements in our dedicated hub.

Beta-alanine is an amino acid that is a common ingredient in many sports supplement products. Some evidence suggests that it may help improve athletic performance and benefit overall health.

Supplementing beta-alanine can help increase the concentration of carnosine in muscles, which regulates acids that accumulate from exercise, helping an individual avoid fatigue.

Research notes that the supplement is safe and effective in appropriate doses and is unlikely to cause any serious adverse effects.

While beta-alanine is present in protein sources such as meat, a person is unlikely to consume a sufficient amount from their diet to notice any benefit.

A person can also combine it with other supplements, such as creatine and sodium bicarbonate, to try and further enhance performance.

Sat Jun 4 , 2022
Chia pudding is a healthy and sweet snack for diabetics Diabetes is caused as a response to resistance to insulin in the cells. Insulin is the hormone that helps regulate the glucose levels in the body. Lack of resistance to insulin causes excess sugar to pile up in the blood. […] 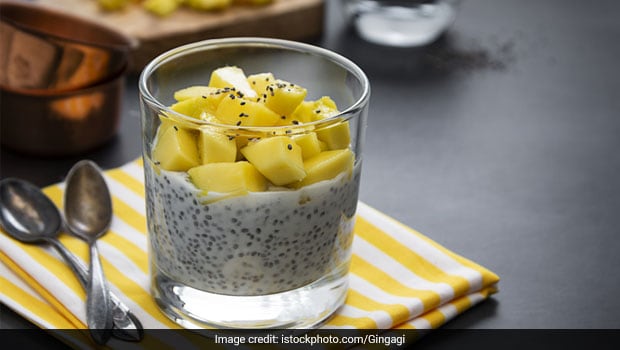