Being a writer, I can’t help but start with the pernickety observation that we all too often call this thing daylight savings time when, in fact, it is daylight saving time. It’s a grammar thing. But also quite important because DST is about saving daylight, rather than savings you make in the daylight…

Whatever. In Europe, we call it Summertime.

What is daylight saving time (DST)?

DST was first introduced in Germany in 1916 as a means to move more of the working day into sunlight hours when resources became tight during World War I. Other countries followed suit.

We move the clocks forward by one hour in spring and back again in the autumn.

Humans and other animals have a natural sense of time, a circadian rhythm, that develops before birth. It is a basic part of us and our lives.

Messing with that rhythm can be dangerous. Researchers see spikes in car crashes and heart attacks when clocks go forward — more about that later.

But we also want to capitalize on the amount of natural light we get during the active or working parts of our days.

So, a string of countries, including those in the European Union, want to abolish this twice-annual shifting of time. Turkey and parts of Canada have already made the move.

Others, including the US, also want the benefits of DST permanently. Supporters of the Sunshine Protection Act say it will be good for economic activity — one of the oldest arguments in favor of DST.

‘Longer’ days: When we move the clocks forward, we move one hour of sunlight into the afternoons and evenings. But it only alters our perception of when the sun rises and sets. That doesn’t change in itself.

What changes is when we have natural light in our lives — whether that’s at the start of our days or when we end them and want to relax. People say longer sunlit evenings benefit the economy as we stay outdoors longer shopping, eating or playing sports.

Less artificial light: This depends on where you live. DST makes no difference at the equator, for instance, where daylight hardly fluctuates from one month to the next.

But if you can get a sunlight boost, it can be good for your health.

Natural light is good for your eyesight, especially when it comes to kids. It helps the eyes produce dopamine, which lowers the risk of developing nearsightedness (also known as short-sightedness).

And natural light helps you sleep well. That can improve your mood and help with mental health concerns such as depression.

A few cons of DST

Energy savings? There is conflicting evidence — for and against — the idea that DST saves energy.  Turkey switched to permanent DST in 2016 claiming the change would save energy. But when researchers investigated the impact of the move up to the year 2000, they found no significant energy saving on price or consumption due to DST.

A US Department of Energy study in 2008, however, found that four weeks of DST could yield an energy saving of up to “1.3 billion kilowatt-hours — or the amount of electricity used by more than 100,000 households for an entire year.”

So, it may depend on where you live and the energy infrastructure in your country.

Health risks: Researchers have linked a range of health risks with DST. They have often observed an increase in heart attacks, strokes and other cardiovascular conditions around the time that the clocks change — the so-called DST transitions.

One American study in 2018 found that hospital admissions for atrial fibrillation (AFib), a common type of irregular heartbeat, go up around the time of DST transition in the spring. AFib can lead to blood clots, stroke and heart failure.

Some studies indicate a reduction in the number of heart conditions when DST ends.

Disrupted sleep: While we adjust to DST, it’s common to experience bad or a total lack of sleep. That can affect your memory, your ability to focus and make decisions and your ability to react quickly if necessary, such as while driving. It can make you irritable and affect eating habits. It also means we may stay up longer and get less sleep overall.

Depression: DST may cause depression.

A Danish study published in 2017 said it was likely that DST caused an “increase in the incidence rate of depressive episodes […] because daylight saving time transitions affect circadian rhythms, which are implicated in the [cause] of depressive disorder[s].”

Healthy tips for dealing with DST

Start preparing for the transition to DST about a week before it happens.

Go to bed 15-20 minutes earlier every night. If nothing else, experts say it will help you stock up on rest. But it may also help you to get up that little bit earlier each day as well.

Avoid extra caffeine and naps in the afternoon. They will make it harder for you to sleep at night. In fact, have your last shot of coffee by about 2pm during DST transition.

Go for a walk or open a window. Get out early and take in some morning sunlight.

Darken the room. Try to avoid using electronic devices before you sleep. This is good advice at any time, but especially good when the clocks go forward. Artificial screen light has been shown to affect sleep.

Sun Mar 20 , 2022
New Delhi: Unfortunately, the widespread coronavirus pandemic has ruled our lives for the past two years. The constant arrival of new variants is posing demanding challenges for organisations and posing difficult scenarios for them to resume full-fledged operations. Expecting the workplace to return to their daily office routine is akin […] 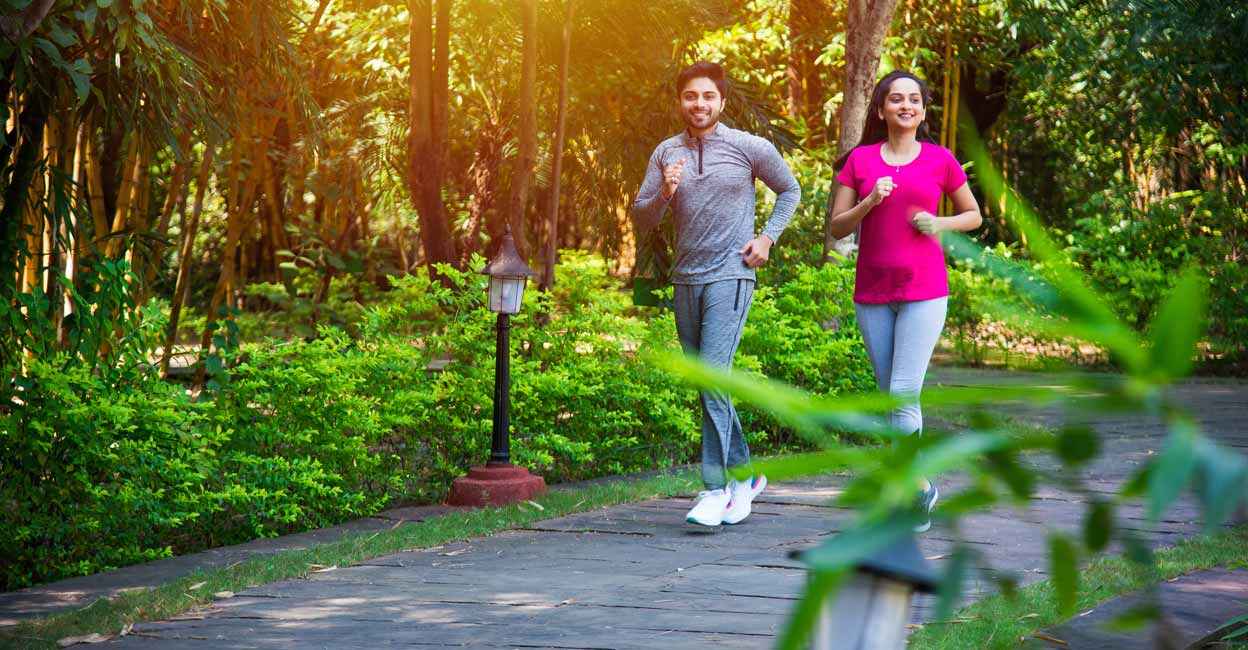