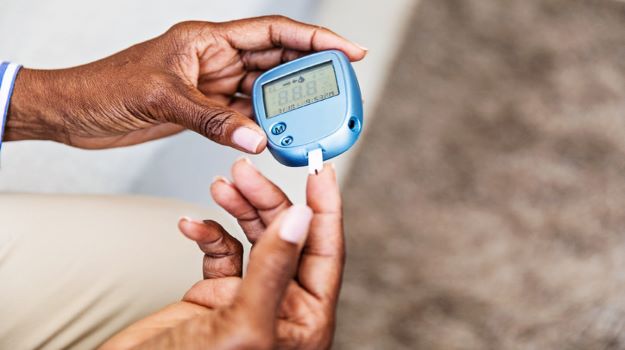 Research has begun to emerge showing a causal link between COVID-19 and diabetes. In a study published in The Lancet Diabetes & Endocrinology in March, researchers found that people who suffered from COVID-19 were 40% more likely than controls to eventually develop Type 2 diabetes.

Dr. Brian Fertig, M.D., founder and president of the Diabetes & Osteoporosis Center in Piscataway, New Jersey, told BioSpace that the increased risk of diabetes can be added to the list of Long COVID effects.

“In addition to the 40% increased risk of diabetes type 2 within 12 months, another recent study reported a significant increase in incidence of type 1 diabetes after 30 days from a diagnosis of COVID-19, highlighting pleiotropic mechanisms in physiology,” he said. The additional study was released by the Centers for Disease Control and Prevention in January of this year. 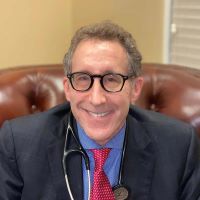 Fertig said that insulin deficiency caused by COVID-19 in cases of type 1 diabetes could be related to “a direct destructive effect of the virus on the insulin-producing beta cells of the pancreas.” Another explanation could be that “protein components of the virus may molecularly mimic proteins of the beta cells with destruction mediated by an autoimmune process,” he continued.

As to why COVID-19 increases the risk of type 2 diabetes, Fertig drew parallels to other Long COVID symptoms, including “the sleep/wake cycle disruption and neuropsychological effects which drive chronically activated hormonal and autonomic nervous system branches of the stress response.”

He explained that “in this case, cortisol and adrenaline stimulated states promote increased glucose production from the liver as well as other antagonistic effects on insulin secretion and its suppressive effects on blood glucose and lipid levels.”

Fertig originally became interested in the growing endocrinology field during his medical training. “Three decades later, I published a two-volume book series, Metabolism & Medicine, which spotlights hyperinsulinemia and insulin resistance as core to the metabolic decline that occurs with aging, including important links not only to diabetes and obesity but to all chronic diseases, including heart, vascular, Alzheimer’s diseases and cancer,” he said.

In his personal practice, Fertig shared that some of his patients with “pre-existing controlled diabetes” saw their conditions worsen due to COVID-19. “Some (a small minority) of these patients have long term more aggressive therapy requirements to maintain glycemic and lipid levels in a safe range. Dexamethasone almost predictably worsens glucose levels in known diabetics, and often results in steroid-induced diabetes in preexisting non-diabetics, the vast majority of whom revert to normal glucose (and lipid) levels following discontinuation of steroids,” he said.  In congruence with the study, Fertig has also treated patients who developed new cases of type 2 diabetes post-COVID-19.

Fertig’s typical recommendation for management of type 2 diabetes involves a low dosage of pioglitazone, metformin and a Glucagon-like peptide-1 (GLP-1) agent. He said that GLP-1 antagonists aid in weight loss, which improves insulin sensitivity and reduces blood glucose levels. “Both pioglitazone (a direct insulin sensitizer) and metformin (an indirect insulin sensitizer) prevent the transformation of lipofibroblast to myofibroblasts, thus having an apparent important protective effect on COVID-19-related complications and mortality.”

In his Metabolism & Medicine series, Fertig details “a scientific approach for predicting and preventing disease as well as predicting patient responses to therapeutic interventions.” His model, called the Physiological Fitness Landscape (PFL), uses bioinformatics to make these predictions.

When asked what he imagines diabetes treatment will look like a decade from now, he said “I believe that type 1 diabetes will be cured by an injection of pancreatic insulin-producing beta stem cells that will seed and remain in the liver. Blood glucose levels will likely be higher than normal range per se, but low enough to be safe (complication-free) and not require insulin or other therapeutic interventions.”

In terms of the management of type 2 diabetes, he predicts that a single oral drug containing the properties of pioglitazone, metformin and the GLP-1 antagonist will replace the triumvirate approach to treatment. “It will likely be able to modulate the amount of insulin production and fat mass and distribution,” he said, adding that the ideal future drug would be personalized according to the guidance presented in his PFL model.

For both COVID-19 patients and others, Fertig said that the best way to reduce the risk of developing diabetes is to commit to “a healthy lifestyle which incorporates nutrient dense foods, regular exercise and quitting or reducing bad lifestyle habits.”

He pointed out that though genetic predispositions to diabetes exist, living under stress, foregoing exercise and not prioritizing sleep and diet can be damaging. “A poor micronutrient diet impairs the function of metabolic machinery also causing insulin resistance, thus predisposing to diabetes.”

The doctor explained that “insulin resistance and high insulin levels in the blood, present in up to 50% of the adult population in the U.S., contribute not only to diabetes but to all the major chronic diseases of aging including Alzheimer’s disease, heart and vascular disease and cancers.”

Though type 2 diabetes cannot be cured, Fertig said that complete and partial remission are possible. In this case, the patient’s glucose levels would return to normal. “Yes, beta cells have been damaged and the underlying genetic factors remain intact,” he said, “but individuals can control the damage by maintaining a healthy weight, an active lifestyle and a positive mental outlook.”

4 ways to build your confidence as a new grad

Mon May 30 , 2022
Practicing as a dental hygienist right out of school is not easy, no matter what position(s) you may have previously held in the dental office. You’ve studied very hard and passed many exams, including the National Board exam and clinical exam. Yet there’s so much you don’t know in your […]