Acupuncture isn’t the only form of care provided under this roof. Here, Western and Eastern medicine are separated only by a flight of stairs. Clinicians offer chiropractic care, nutritional guidance, health assessments and medical-grade facials on the lower level. On the second floor, one can practice self-care with Himalayan salt stone massages, body therapies such as a quinoa-based scrub, or a reality-bending dry flotation therapy (a treatment where guests are essentially lotioned and cocooned in a body-temperature water bed so they feel weightless).

In the past decade or so, travelers have been drawn to Colorado Springs, where the Strata spa is based, for these and other wellness opportunities, including an increasing number of hot springs, spas and chances for outdoor recreation.

However, it’s not necessarily a new trend for the city. Many of those who first settled in the Springs roughly 150 years ago came to seek health. They had tuberculosis and were hoping that moving to the Front Range community would be the Hail Mary they needed.

“The concept of it being a destination for health problems was built into the DNA of this town,” said Matt Mayberry, director of the Colorado Springs Pioneers Museum.

“There was no cure for the disease back then, so physicians would often tell their patients to ‘chase the cure,’ ” Mayberry said. “And so, many destinations across the country tried to lure people with what was then called consumption to them.”

Because of Colorado Springs’ high, dry climate, many doctors prescribed travel to the city (and much of Colorado’s Front Range) as a treatment option. Once there, many decided to go a step further, Mayberry said, by “taking the waters” (or visiting the area’s natural hot springs).

“The belief was that these springs contained compounds that would improve your health,” Mayberry said, adding that the science behind it was questionable. Still, visitors today can sip the water from eight fountains in the neighboring Manitou Springs (they’re said to each have a different taste and effervescence) or book a private mineral-water hot tub at SunWater Spa.

The waters aren’t the only reminders of Colorado Springs’ tuberculosis past. Another is the octagonal wooden huts scattered throughout the town. Originally part of sanitariums, they were where tuberculosis patients would be confined to not further spread the disease. After the invention of antibiotics, those structures, though obsolete, didn’t disappear; they were instead repurposed. Today, you’ll find them throughout town as snack bars, sheds, artist studios and playhouses for children.

William Jackson Palmer, founder of Colorado Springs, believed in the healing power of nature and invested much of his own wealth in developing parks and trails for locals. According to Visit Colorado Springs, there are about 8,000 acres of parks and 130 miles of trails.

“Today, that’s one of the things that Colorado Springs is known for: an extraordinary park system,” Mayberry said. “On weekends, there are thousands of people out on our trails seeking health. It’s just in a different way than they were in the 1870s.”

Though places such as the Strata spa and SunWater Spa were new to Colorado Springs in recent years, there’s one spa that has seen the city through much of its wellness transformation — and has changed with it.

When the Broadmoor opened in 1918, it caused a stir for myriad reasons. For one, the owner, Spencer Penrose, was known to have kept a retired circus elephant named Tessie as a golf caddie. For another, it was one of the first spas in the country to offer dedicated spaces for both men and women.

According to Krista Heinicke, public relations manager at the Broadmoor, the facility “was considered advanced for its time.” Guests would take the service elevator to the spa area, where Turkish-style shampoos and showers or a tonic bath cost $1.50 (roughly $25 today). Alternatively, a half-hour massage set patrons back a mere dollar, and an oil rub with a salt glow was 50 cents.

Today, the five-star spa has expanded to more than 40,000 square feet with 36 treatment rooms where guests can indulge in an extensive menu of massages, peels, facials, body wraps, hair and nail treatments, and more. Additional amenities include steam rooms, saunas, multiple pools, a whirlpool and oxygen rooms, which are essential for out-of-towners unaccustomed to the thin air in a city with a more than 6,000-foot elevation.

A few months ago, I found myself wrapped in an oversize robe in the Broadmoor Spa lounge after a day of personal wellness endeavors. That morning, I’d completed the Manitou Incline, a humbler of a hike that gains more than 2,000 feet of elevation in less than a mile, and just moments before, I’d finished an hour-long deep-tissue massage that unraveled years-old knots and left me feeling relaxed.

As I sat there, staring out the window at the postcard-perfect mountains and sipping herbal tea, I thought about my own recent move to Colorado Springs. I didn’t necessarily move here for wellness, like the city’s original transplants, but, given more days like that, it may very well be the reason I stay.

Garden of the Gods Resort and Club

The Strata Integrated Wellness and Spa offers both Eastern and Western treatment practices, including acupuncture, meditation, facials and massages. Guests at the resort can also play golf, tennis or pickleball, swim in the pools, and dine at the restaurants. Rooms from $299 per night. Massages from $160 for 50 minutes, facials from $160, acupuncture sessions from $75.

This destination hotel in Colorado Springs offers upscale rooms, bars and restaurants, and a five-star spa. The latter offers wellness practices such as massages, facials, body scrubs and nail care. There are also steam rooms, saunas and oxygen rooms. Rooms from $230 per night. Massages from $180 for 50 minutes, skin-care treatments from $95 and body treatments from $105.

Potential travelers should take local and national public health directives regarding the pandemic into consideration before planning any trips. Travel health notice information can be found on the Centers for Disease Control and Prevention’s interactive map showing travel recommendations by destination and the CDC’s travel health notice webpage.

How to Build Muscle Naturally: An Unexpected Plan 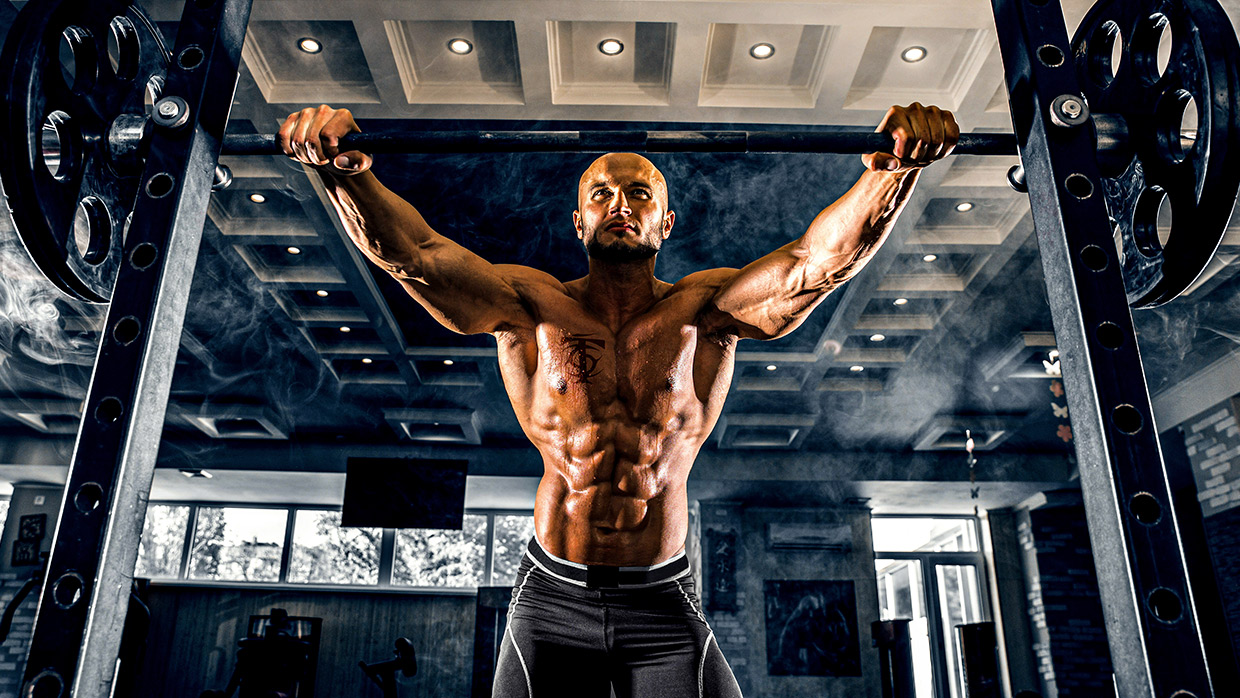