42-year old menswear designer and model Weston Boucher said testosterone replacement therapy (TRT) restored his energy, focus, and muscle gains, but he wishes he had waited longer before trying it.

“I think I would have had more peace of mind if I waited until I was 50,” he told Insider.

Boucher said low-dose testosterone got his health and performance back on track, but was a huge time commitment that had side effects like hair thinning.

After working out for months without results, he noticed his testosterone had plummeted

A longtime fitness enthusiast, Boucher was experienced at building muscle, and had a cover shoot with Men’s Health to prove it. But in late 2019, he returned to the gym from an injury and struggled to maintain his physique, keep up with his workouts, and recover afterward.

“My body just didn’t feel the same. I got my diet back on point, did the workouts I had always done to get the best results, but I wasn’t getting any response. It was really frustrating,”  he said.

Blood tests revealed Boucher’s testosterone levels were half of what they had been the previous year, he said, dropping from around 1,100 nanograms per deciliter to 500. While hormone tests aren’t a routine part of men’s health checkups, Boucher said he’s particularly health conscious and opted to have them done as a precaution.

Typically, low testosterone is diagnosed as below 300 nanograms per deciliter, but normal levels can vary widely between men, so sharp decreases can cause symptoms even if the overall level isn’t in the “low” range, urologist Dr. Ananias Diokno told Insider.

More men could benefit from having routine hormone tests to understand their baseline levels in case symptoms do arise, according to Diokno.

After trying lifestyle changes like nutrition to restore his hormone levels, Boucher asked his doctor about treatment options.

In January 2021, Boucher said he started the therapy with low dose self-injections twice a week, along with hormones DHEA and HCG to help offset side effects. At first, nothing changed. About two months in, he said his doctor opted to switch from injections into the muscle to subcutaneous (under the skin), changing how the hormone is absorbed. The shift cause dramatic improvements to his mental and physical health, according to Boucher.

“I’ve had mild depression my whole life, and it was gone overnight. It was like a fog lifted,” he said.

Healthy testosterone levels are important for red blood cells, bones, and muscles, all of which are crucial for strength and energy, and the hormone is also associated with overall wellbeing, mental health, and focus, according to Diokno.

Boucher said after six months of treatment, his hormone levels were “promising,” his gym performance and sex drive had improved, and he had gained more than five pounds of mostly lean mass.

The side effects were hair thinning, less emotional sensitivity, and a lot of time and money spent adjusting

The benefits of hormone therapy came after extensive medical follow-ups and treatmenat adjustments to keep his health markers in balance, according to Boucher.

“You can’t just self-administer and say, thanks doctor, have a nice life,” he said.

One consequence of the treatment was more water weight, thinner hair and shrinking testicles: not medically dangerous, but unsettling.

“It was a real wake-up call,” Boucher said.

And while his depression was lessened, so was his overall emotional awareness.

“The biggest switch was I was not as emotional, but not in a good way,” he said.

Common side effects of TRT include a decrease in testicle size and sperm count, which can lower fertility, as well as a higher risk of blood clots, according to the Mayo Clinic.

Hair loss can be a side effect of testosterone injections due to increases levels of a related hormone DHT that can shrink hair folicles, according to Harvard Health.

Despite the positive results, he said he could have waited longer to try hormone therapy

Boucher said he’s happy with the results of hormone therapy, but hesitant to recommend it.

Testosterone therapy can suppress natural hormone production, particularly in older men, making it difficult to stop using it, according to experts.

“It’s a commitment. If I could go back, I wish I wouldn’t have jumped into it as soon as I did,” he said. “Anyone considering hormones should do it as a last resort because you can’t go back.”

Boucher said sharing his experience on YouTube has been incredibly positive, helping dispel stigma for other men.

“I just really want to be transparent about everything,” he said. “When guys don’t  talk about stuff, we just carry it with us, and it’s important to have some support and some hope. I feel like this has started a conversation.”

Sun Oct 2 , 2022
London’s 200-year-old Claridge’s hotel has carved out a Japanese-inspired subterranean spa that has been designed by Andre Fu and conceptualised by the founder of FaceGym. Jenny Southan reports These days it’s a rare thing that an ultra-luxury hotel has no wellness facilities but now Claridge’s hotel, which is part of […] 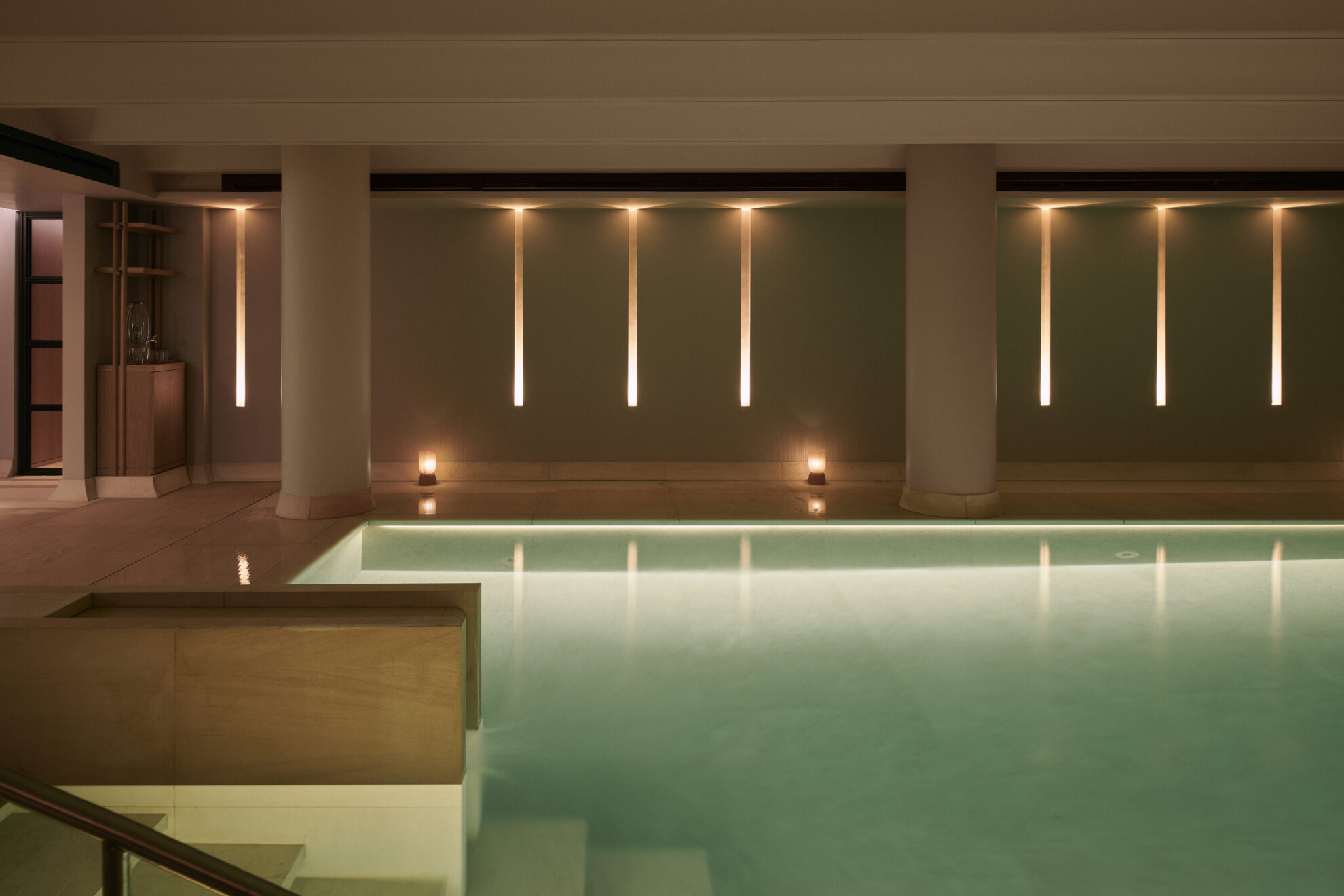