A recent study published in the shows that a drug called BAM15 can combat weight gain and muscle loss in sarcopenic obesity.

The study found that BAM15 was effective in combating deficits associated with sarcopenic obesity, including increased energy expenditure, reduced inflammation, and improved mitochondrial function in mice.

“Sarcopenic obesity is a debilitating disease, and no targeted therapies are currently available. This treatment approach provides the first evidence that sarcopenic obesity can be treated by decreasing the efficiency of energy production.”

Axelrod said that the study’s findings could be significant in refining/developing effective and safe drugs in humans.

Sarcopenia is a condition characterized by the gradual loss of mass and strength and is a part of the natural aging process. Obesity can worsen the effects of sarcopenia, resulting in a greater loss of muscle mass and function.

Obesity and sarcopenia share common biological mechanisms, including the impaired functioning of mitochondria in skeletal muscle cells. Mitochondria are organelles in the cell that are responsible for energy production and are critical for muscle function.

Energy generation in the mitochondria consists of two distinct processes that are coupled together, and the coupling of these two processes determines the efficiency of energy production.

Studies have shown that the uncoupling of the two processes using drugs called mitochondrial uncoupling agents can in the generation of heat instead of storing excess energy as fat.

The authors had already shown that BAM15—a mitochondrial uncoupling agent—could prevent obesity in young mice maintained on a high fat diet. The present study aimed to assess the ability of BAM15 to counter the effects of sarcopenic obesity in aged mice.

Although animals in both the control and BAM15 group did not have different food intakes, the animals treated with BAM15 did not show an increase in body weight, unlike the control group. The BAM15-treated mice showed lower body fat levels than the control animals, which was likely responsible for the absence of weight gain.

The researchers then assessed the impact of BAM15 on the biological processes underlying sarcopenic obesity.

Chronic low-grade inflammation is a and contributes to muscle function and mass loss.

The researchers found that BAM15 treatment lowered markers of local inflammation in the skeletal muscle as well as systemic inflammation.

Muscle wasting in age-related sarcopenia is also associated with increased protein degradation and the accumulation of misfolded proteins.

Proteins are composed of one or more chains of amino acids that are folded in a specific shape. tend to aggregate together, leading to cellular stress, and subsequently, cell death. The accumulation of misfolded proteins is observed in skeletal muscles during aging and obesity, leading to muscle degradation.

The researchers found that BAM15 treatment in aged mice reduced the expression of markers associated with protein misfolding and degradation, cellular stress, and cell death in skeletal muscle tissue.

“The study provides the first evidence that BAM15, a mitochondrial uncoupler, prevents sarcopenic obesity, or age-related muscle loss accompanied by an increase in fat tissue. The research was conducted in older mice (equivalent to age 65 in humans).”

Dr. Kirwan said that more research will be needed to determine whether the treatment will be effective in humans.

“[T]he findings have important implications for improving the quality of life for older adults, especially for the rapidly growing number of people with obesity. Preventing, delaying, or reversing the causes and consequences of sarcopenic obesity may allow people to live longer and healthier lives.”
⁠— Dr. John Kirwan, study co-author

Here's How to Clean Dogs' Teeth, According to a Pet Expert 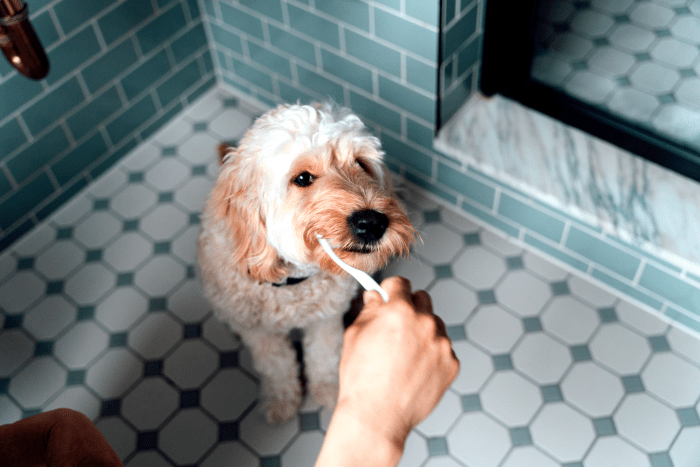