Prince Harry has conducted a series of interviews to share some mental health tips that can be used throughout everyday life.

The Duke of Sussex, who is the Chief Impact Officer of the mental health start-up BetterUp, discussed the importance of “mental fitness” in the organisation’s newest short film. For the program, he also interviewed snowboarder and two-time Olympic gold medalist Chloe Kim, BetterUp member Blu Mendoza, and psychologist Adam Grant.

At the start of the film, Harry addressed how one’s mental health isn’t something to “fix,” as focusing on your well-being is an “on-going” process.

“We all have greatness within us,” he said. “Mental fitness helps us unlock it. It’s an ongoing practice, one where you approach your mind as something to flex, not fix.”

He also opened up about his own experiences “of trauma, of loss, of grief” and highlighted how “critical” it is to recover from it.

“Throughout the years of travelling around the world, what I saw was the similarities of experiences of trauma, of loss, of grief, of being human,” he said. “Building up a resilience is absolutely critical.”

Harry then asked his various guests what mental fitness meant to them.

Grant shared that he feels the term means “being at peak cognitive and emotional function”. Kim said that mental fitness was about the “ability to keep yourself sane,” while Mendoza said  that it was “something that [people] have to do everyday”.

Kim even shared her “secret” for staying mentally healthy: she likes to give herself words of affirmation, as a way of motivating herself and acknowledging her success in her life.

“I would say, ok so one, just those little reminders, ‘I am doing my best, I am working really hard,’” Chloe shared. “I have to pivot and find a solution to create a positive outcome.”

For Grant, he says physical exercise plays a big role in his mental health, as it helps with “the total freeing of [his] thoughts”. Mendoza also added that she finds comfort through having a journal.

Kim later went on to note that through having a mental health coach, she’s been able to focus on “the progress” she’s made in her life — even in moments where she puts an immense amount of pressure on herself.

“I have such high standards for myself,” she said. “I beat myself and so really, my coach is always just reminding me, ‘calm down, there’s always tomorrow, but also acknowledge the progress you have made today.’”

Towards the end of the film, Harry asked Grant how to help people “create more resilience,” for the sake of themselves and their “whole community”.

“We all want to grow, but it’s so hard to do that on our own,” the psychologist explained. “If we can design individual routines, organisation cultures, team norms, that prevent burnout and languishing, it’s a lot easier to maintain peak performance.”

Harry has made it a habit of being publicly candid about mental health. In February, during an appearance at BetterUp’s Inner Work Day event, he shared his “burnout” experience and how it felt like he was “getting to the very end of everything” he had.

After that, he claims he made self-care a priority, even throughout his busy life at home with his wife and two children.

“I now put in about half an hour, 45 minutes, in the morning when it’s like, ‘Okay, one of the kids has gone to school, the other one is taking a nap, there’s a break in our programme,” he said at the time.

back-to-school checkups for your kids

Tue Jul 19 , 2022
(WGGB/WSHM) – With the new school year just around the corner, Baystate Chief of General Pediatrics Dr. John O’Reilly spoke to Western Mass News about the importance of your child receiving a wellness checkup. How important is it for your child to receive a wellness checkup beforehand? O’Reilly: “The American […] 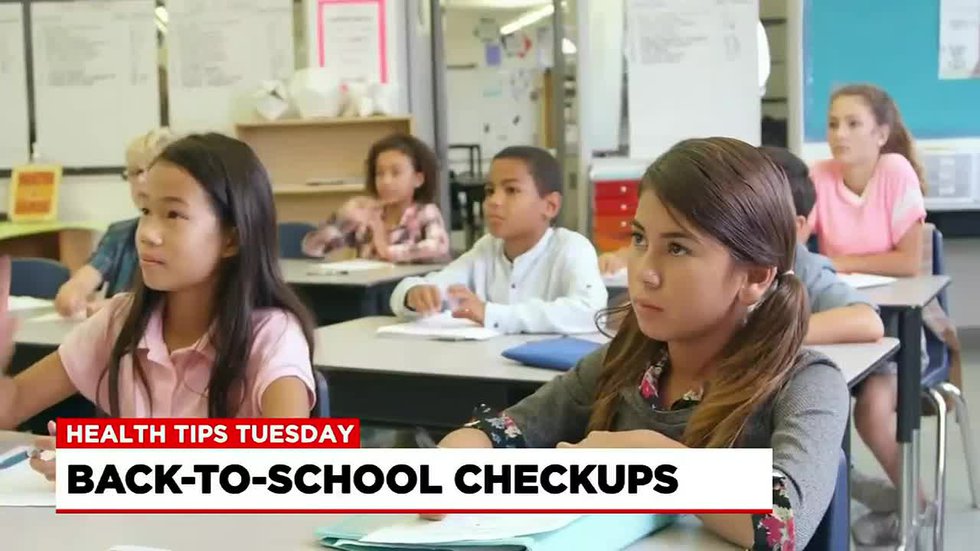