Over the past several years, Congress has considered measures that would cap the out-of-pocket cost of insulin, which more than 7 million Americans with diabetes need to survive.

In their latest attempt, the U.S. House of Representatives on March 31 passed a bill that would cap insulin costs for many people with insurance, including Medicare Part D, at $35 a month. Now, an effort to craft a similar measure is underway in the Senate, although its fate isn’t yet known.

In the meantime, 15 states — starting with Colorado in 2013 — have enacted caps of their own, responding to ongoing concerns that the high cost of the drug is causing people to skip doses or ration it.

On Jan. 1, Blue Cross Blue Shield of Nebraska began offering a $0 cost share for preferred insulins to members with diabetes who are covered under a fully insured employer group health plan.

Clint Williams, Blue Cross’ vice president of pharmacy and clinical operations, said the insurer, like others, has been watching the sizable increases in brand name drugs, including insulin, year over year. Blue Cross decided to take cost off the table for members, starting this year with insulin.

“We decided that it was a good thing for them and for us to go to the zero-dollar insulin copay for all of our insured members starting this year,” said Williams, who is a pharmacist.

“It’s expected to improve compliance, prevent further complications and actually allow our members an opportunity to turn their lives around and hopefully have a better quality of life,” she said.

Dr. Michael Romano, chief medical officer for the Nebraska Health Network, said $0 insulin is a step in the right direction toward removing some of the barriers that can keep people from addressing chronic diseases like diabetes. Those barriers include high-deductible plans, which require people to pay a larger share of upfront costs in return for lower premiums.

In 2021, Medica began offering a $25 cap for a month’s supply of insulin under its group plans in Nebraska and three counties in southwest Iowa — Pottawattamie, Mills and Harrison — and to individual plan members in Nebraska with coverage under the Affordable Care Act.

At least a couple of other Blue Cross affiliates also offer $0 insulin — namely BCBS of Minnesota and CareFirst BCBS in Maryland, Washington, D.C. and northern Virginia. A number of other insurance companies offer various caps.

Williams noted that neither Blue Cross’ solution nor the measures federal lawmakers are discussing address the underlying price of insulin, which is rising. That has been a concern voiced by critics of attempts to enact a federal cap in particular.

Blue Cross, he said, would like to see more competition from biosimilar drugs, which would help lower costs.

“We’d like to see more of that, but we thought we could help our members out a little bit in the meantime,” Williams said.

Nationally, the Blue Cross Blue Shield Association and some Blue companies have joined an initiative by a group called Civica to manufacture and distribute affordable insulins that, once approved, will be available by 2024 to people with diabetes at prices lower those currently on the market.

Civica already provides dozens of generic injectable medicines in chronic shortage to more than 1,400 hospital members and the U.S. Veterans Affairs and Defense Departments. It’s among a number of initiatives focused on producing their own medicines in an attempt to combat high prices and shortages.

Williams said the Nebraska insurer is watching the Civica initiative. Each Blue makes its own decisions.

“Anybody that’s going to do something to help bring the cost of care down, for prescription drugs, we think that’s great,” he said. “We wanted to do something a little bit sooner than what they’re doing.”

List prices for many newer forms of insulin have increased between 15% and 17% a year since 2012, according to a 2020 report by the Commonwealth Fund. In the report, researchers estimated that some 30 million Americans have diabetes and that 31% of them need insulin to survive. That includes all Type 1 diabetics, who produce little to no insulin, as well as some Type 2 diabetics whose cells don’t respond properly to the insulin they do make.

Prices in the U.S. are considerably higher than those in other countries. The average gross manufacturer price for a standard unit of insulin in 2018 was more than 10 times the price in a sample of 32 foreign countries, according to a report that RAND Health Care prepared for the U.S. Department of Health and Human Services. The cost per unit was $98.70 in the U.S. compared with $8.81 in the 32 other nations that are part of the Organisation for Economic Co-operation and Development.

Some critics of caps have raised concerns that insurers simply would pass on the cost of insulin to other employers and their employees.

But Williams said Blue Cross determined that the $0 copay would not have a material impact on other members.

“It’s also why we can’t do it with every drug,” he said. “If we did free drugs for everybody, for all drugs, then you would definitely see impacts, and that’s why we had to limit it to this.”

About half of the insurer’s members fall under fully insured plans eligible for the $0 insulin. Self-insured employer groups also have the option of adding the benefit to their plans.

Williams said Blue Cross has about 10 insulin products listed on its formulary. People with diabetes use different types of insulin, including long-acting and short-acting formulas. “We definitely have enough coverage that people will be able to get the insulin they need,” he said.

Blue Cross also started a new program this year for members with Type 2 diabetes, which can be improved through diet and exercise. The program combines diet and working with a physician and health coach as well as digital interactions, which occur more frequently than a primary care physician or specialist could provide.

The insurer, Williams said, already is seeing some good results, both in reductions in the number of medications such patients need and improved health outcomes.

“We’d much rather see our members get healthier than just adding more drugs,” he said.

1929: First employer-sponsored health care plan in the US is made available to teachers

1970s: First bills for single-payer system are proposed in Congress

News, advice, a calendar of fitness/race events from Live Well Nebraska and occasional offers will keep you in shape and informed.

5 Best Supplements for Muscle Growth To Get Shredded

Thu Apr 21 , 2022
Whether for looks or performance, many people want to get gains and look shredded. The cut look is generally a beloved look in society, a sign of power and strength. However, getting those rippling biceps and six-pack abs can be challenging. For many years it was assumed that the Adonis-like […] 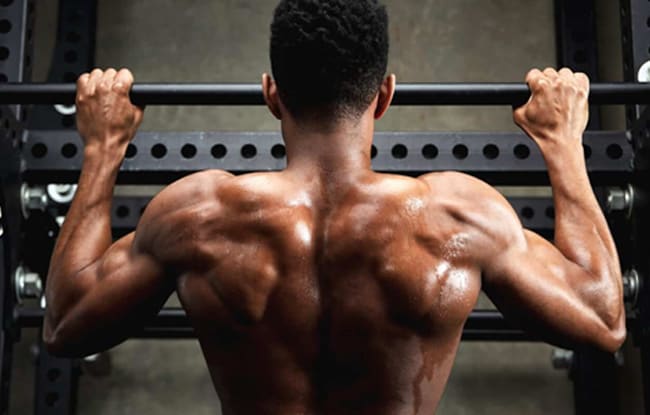 Prediabetes or borderline diabetes: What can we do?